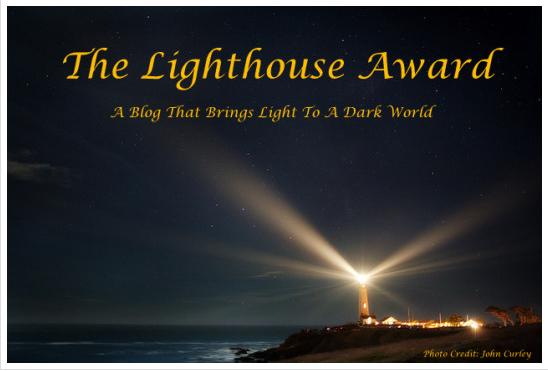 Erika M Szabo nominated me for The Lighthouse Award
for helping to edit the Read for Animals book.
Here is her nomination:
http://readforanimals.blogspot.com/2014/03/im-honored-to-be-nominated-for.html
Thanks you, Erika!  I certainly appreciate it!


I honestly don't spend a lot of time helping others at this point of my life, but I did spend fourteen years taking care of elderly family members.  I contribute to a number of charitable organizations.  I also am happy to help promote indie authors.  I was happy to show my support of animal welfare by helping in the production of Read for Animals.  You can buy it at Amazon -- only $3.95 for the Kindle version.  If you prefer paperbacks, a version with black-and-white illustrations has now been published for only $8.65.  All proceeds will go to help animal shelters.

I've only picked one blog to nominate for this award:
Jeanne E. Rogers:  Australian Fantasy Adventures http://warriorechidna.blogspot.com
Jeanne is one of the contributors to Read for Animals.  She writes about endangered animals with an eye to educating children (and adults) about their plight.  She is particularly interested in Australian animals and writes children's fantasy stories with foxes and marsupials as the heroes and evil thylacines and dragon lizards as the villains. See The Sword of Demelza on Amazon.  The illustrations are great, by the way.  Here is the cover.  The valiant steed is obviously a wombat.  Anyone who followed Steve Irwin (also, no longer with us) knows that they seem slow and cuddly, but they can be quite feisty and aggressive when aggravated! 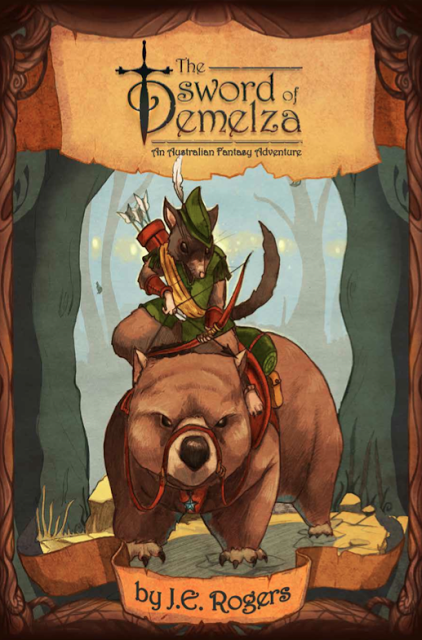 Posted by Lorinda J Taylor at 8:42 AM No comments:

And I believe that's quite enough for now, although I haven't run out of topics!
And I want to apologize to John, whoever and wherever you are.  You are a sterling fellow and certainly not a murderer, and I have absolutely no wish to defame your character!
Posted by Lorinda J Taylor at 10:32 AM No comments: