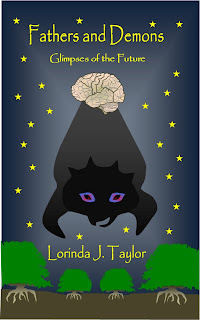 Here is a new review by Christopher Graham (aka The Story Reading Ape).  Amazon seems to be playing around with reviews again, because if you want to see this review there, you'll have to click on the 5-star bar.  It won't come up if you click on "See all reviews."

As with her series about Intelligent Termites, the author has researched deeply and given great consideration regards how to best use the knowledge she has gained.
In this book (a precursor to her next story in this new series), the author has surmised how religions may have evolved by the 28th Century, particularly Catholicism and Judaism.
Two characters, the Captain and the Chief Engineer, are survivors from a previous (failed) attempt to achieve deep space / intergalactic travel and the experience left them profoundly scarred mentally.
However, with time and treatment, they have both been finally deemed fit to lead another attempt to conquer space.
This book chronicles their individual journeys to understand and overcome their lingering fears regarding a malevolent 'something' they feel exists in deep space and is waiting for them.
The Captain, who has no religious beliefs of his own, has already learned some things from Catholicism that have offered him limited comfort and he now attempts to learn from Judaism.  I learned much from the wedding scenario being performed according to 'Judish' customs and beliefs, even more during the reception.
The Chief Engineer, however, feels a strong need to meet and reconcile with his strong willed, opinionated Father and the Mother who ran away when he was in his early teens.
It is true that there are no 'action packed moments' in the story, but that does not detract from the skill involved in building up the background of these two characters and help us understand their decisions and actions in the next book.


Thanks you, Chris, for great review!
Buy this book at the following sites:
Amazon
Amazon UK
Smashwords
Barnes & Noble
Posted by Lorinda J Taylor at 9:09 AM 2 comments: