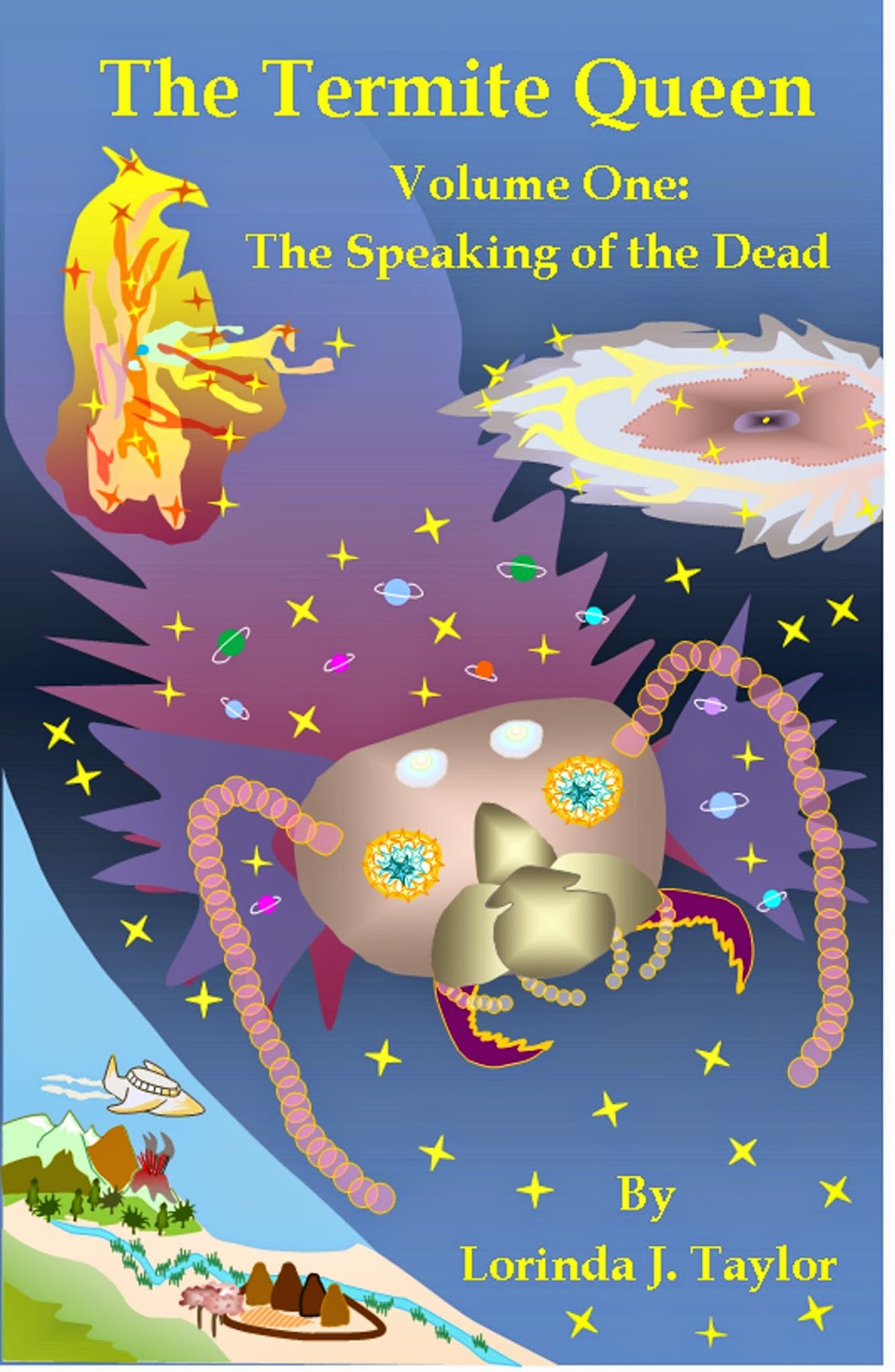 The latest review of my book The Termite Queen is by Jeremy Graves, a member of the linguistics and conlanging community.  A fair, balanced, and favorable review, although I could quibble over a couple of points -- but I'll let him finish v.2 first!  The only point I feel compelled to make is to suggest that anyone who finds my view of future history to be shallow and not carefully thought out should focus more closely on the nine-page exposition that appears in Chapter 14 and also on this blog on the page called "My Future History."  A brief summation of these several centuries was all I could manage without writing a 30-volume scholarly history of the future, which is obviously pretty impossible to do and would be nothing more than a meaningless consumption of time.
Here is Jeremy Graves' review as published on Goodreads:
A fascinating and rather unique concept, dealing with first contact between humans (and a few other alien races that have been known for some time by the period of this story) and a race of giant, intelligent termites. Personally, I found the non-termite characters (human and otherwise) to be a little shallow and superficial. Perhaps it's due to the somewhat utopian future Miss Taylor depicts, the background of which she briefly gives in the course of the story. It just seems that the human race has an overly optimistic outlook on life, and as such rarely digs deeper into their own spirits. This is unfortunate, as Miss Taylor obviously loves the human spirit and makes heavy reference to the classic literature which represents it best throughout the work. Even so, there is ambition in the person of Kaitrin Oliva, the linguist protagonist, personality conflicts between Kaitrin and the xenobiologist who supervised the first mission in which the termites were encountered, and a love story. In fact, volume I deals far too much with the love story, and far too little with the termites. In fact, the majority of the story is spent on earth, dealing with preparations to the expedition to the termite planet, and in space en route, with the developing love story. It is only at the very end of the book that the protagonist party arrives at the planet.
There are some moments of depth, however. Early in the story, Kaitrin comforts a dying termite who was brought back from his planet. The scene manages to be quite powerful, in spite of what might seem rather absurd circumstances otherwise. There are moments of humor, as when Kaitrin angrily leaves from a date with the love interest, finds herself in an undesirable neighborhood, and attempts to defend herself against a perceived attacker, who turns out to be her date, come looking for her out of concern for her safety. But all of these pale in comparison to the strongest point of the book.
That is the termites themselves. With the ambition, lust for power, and intrigue taking place within the mound Lo'ro'ra, the termites come across as more human than the earthlings. It is unfortunate that so little of this first volume is given to them, since they are by far the most interesting characters and carry the most interesting plot.
However, volume I is incomplete without volume 2, and so far as I've read the second book, I've found it much more satisfactory. There are hints, too, that the love story which took so much to develop here in volume I, has its purpose, to be revealed later in volume 2.
I recommend this as a unique piece of science fiction, with fascinating characters, at least in the termites. It might take a little effort, but I believe it will be worth it, especially if you read both volumes. I'll report back when I finish reading the second book, as well.
Thanks, Jeremy Graves, for a fine review!
Purchase The Termite Queen and all my books here:
Amazon
Amazon UK
All other Amazon venues
Smashwords
Barnes & Noble
Kobo
﻿
Posted by Lorinda J Taylor at 8:39 AM 3 comments: